Resources for the second edition are here. I'd love to know what you think about Python Crash Course; please consider taking a brief survey. If you'd like to know when additional resources are available, you can sign up for email notifications here.

In this chapter you’ll use Django to build Learning Log, a simple web application that lets you keep track of information you’ve learned about particular topics. This section will help you get a virtual environment set up.

To get set up for Learning Log, make sure you have an empty folder somewhere on your system called learning_log.

If you’re using Python 3, you should be able to create a virtual environment with the following command:

This command runs the venv module and uses it to create a virtual environment named ll_env.

If this works, move on to Activating the Virtual Environment. If it didn’t work, go to Installing virtualenv.

Now that you have a virtual environment set up, you’ll need to activate it. On Linux and OS X, use the following command:

The environment will also become inactive if you close the terminal it’s running in.

If you’re using an earlier version of Python or if your system isn’t set up to use the venv module correctly, you can install the virtualenv package. To install virtualenv, enter the following:

You may use pip in a slightly different manner on your system; see installing Python Packages if you need help using pip.

Creating a virtual environment with virtualenv

Change to the learning_log directory in a terminal, and create a virtual environment like this:

If this works, move on to Activating the virtual environment.

If you have more than one version of Python installed on your system, you should specify the version for virtualenv to use. For example, the command virtualenv ll_env –python=python3 wil create a virtual environment that uses Python 3.

In an active virtual environment, you can use pip to install Django:

Keep in mind that Django will only be available when the virtual environment is active.

Installing a specific version of Django

Django 2.0 introduced some changes that affect the Learning Log project. The updates described below will allow you to run the project in the latest version of Django, but you can also install the previous version if you want to match what’s in the book exactly.

To do this, specify the version of Django you want to install when you use pip:

This should work even if you’ve already install a different version of Django. When you ask pip to install a specific version of a library, it will uninstall any other versions first.

Django 2.0 was released recently, and there are a number of changes that affect the Learning Log project. The overall changes are described briefly, and then specific updates to the chapter are listed.

Here’s an overview of recent changes to Django:

The command pip freeze lists the specific versions of all packages you have installed in a virtual environment. To see which version of Django you’re using, make sure you’re in an active virtual environment, and then issue this command:

If you decide you’d rather use the previous version of Django so you can ignore these updates for now, you can install Django 1.11 as described above.

Here are the specific changes to look out for in Chapter 17. It might look like there’s a lot of changes, but once you start working through the project you’ll see that many of these changes follow a consistent pattern. If you have any trouble with this that you can’t resolve, please reach out for help (ehmatthes@gmail.com or @ehmatthes)

The default home page for a new Django project has been updated, and it’s beautiful! 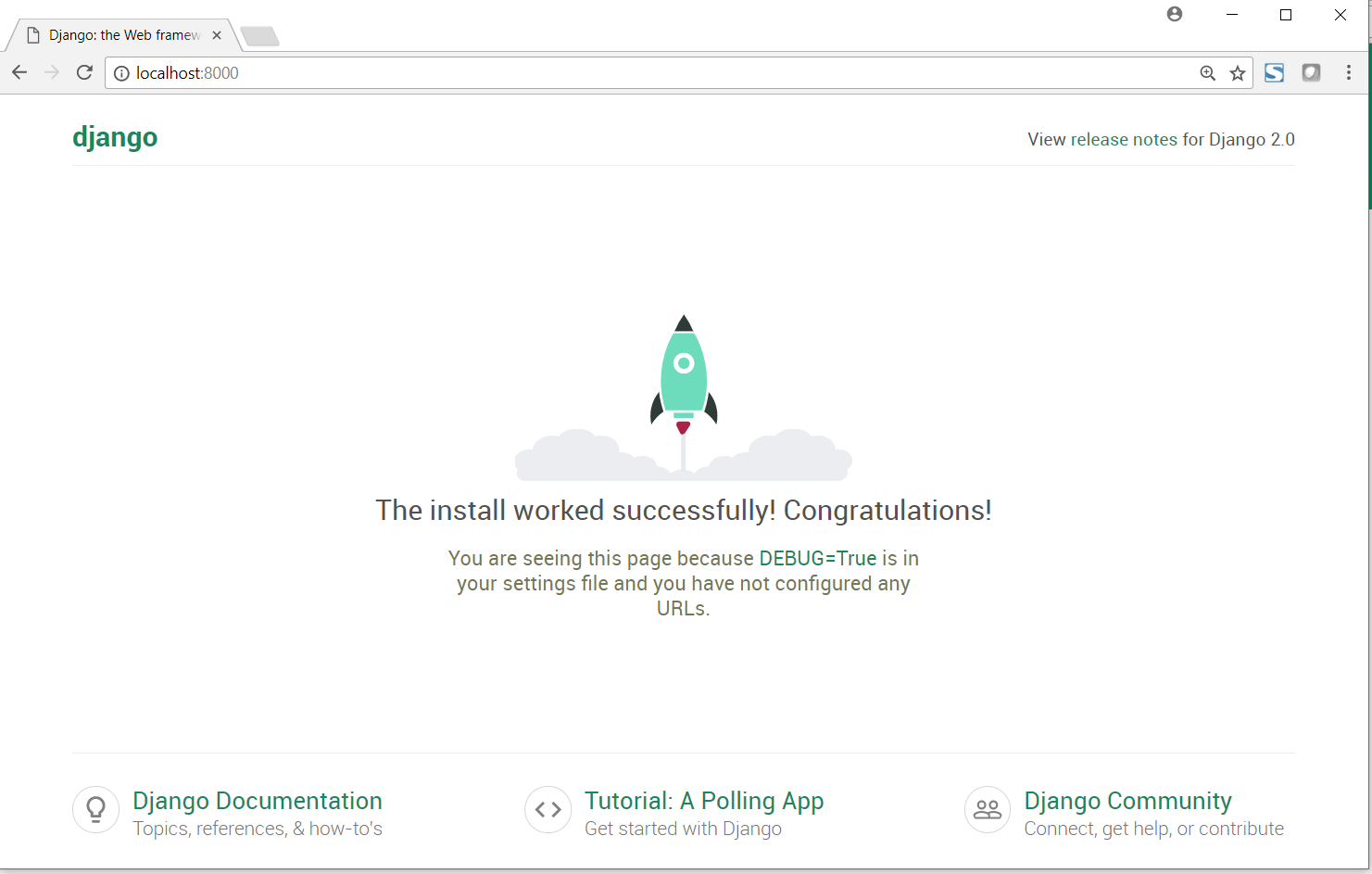 Replace the line that reads

This tells Django that when a topic is deleted, all of the entries associated with that topic should be deleted as well. This is known as a cascading delete.

When you start a project in Django 2.0, this is what you’ll see in the project’s main urls.py file:

Here’s how to include the URLs for the learning_logs app:

We need to import the new path() function from django.urls. In Django 2.0, the app’s namespace is defined through an app_name variable in the app’s urls.py. Finally, the URL pattern for the home page is simpler without the need to define a regular expression.

In this new path()-based approach you figure out what you want the URL to look like: